We have already introduced you to the revalued products in hop.bg, what they are, what are their cosmetic shortcomings and where they are found, what are their advantages, etc.

Here we will pay more attention to a common drawback of some models of Apple MacBook Pro laptops with Retina display, namely wear, peeling and abrasion of the anti-reflective coating on the screen.

What does it look like and what causes it?

Manifested as stains that cannot be removed with a dry or damp cloth. They most often affect the area where the touchpad and keys touch when the display is closed, as well as around the frame.

This type of stain has its own name – StainGate and can be caused by:

Does it interfere with my work with the device?

Of course not! The anti-reflective coating is the last layer on the display and if there are violations, they are most often visible on the off display.

After turning on the laptop, the visibility of the shortcomings decreases significantly, and in dynamic scenes it goes unnoticed.

Depending on the extent of the damage to this extremely thin film, Apple acknowledged this manufacturing weakness and created instructions to postpone the problem.

Apple has not made direct public statements on this issue for years. However, they launched a program that offers free replacement of screens on affected laptops. The affected devices are also mentioned in various media, and these are the devices manufactured in 2013, 2014 or 2015. The only condition that must be met in order for a customer to benefit from the program is the following: to seek authorized service and to provide the affected device within four years after the initial date of purchase of the machine.

In recent years, it has been reported in various forums about the appearance of the same flaws in the newer models MacBook Pro and the new Air, with Retina display.

How to keep our Retina screen and how to prevent it from wearing out?

How do we at hop.bg handle this type of device? 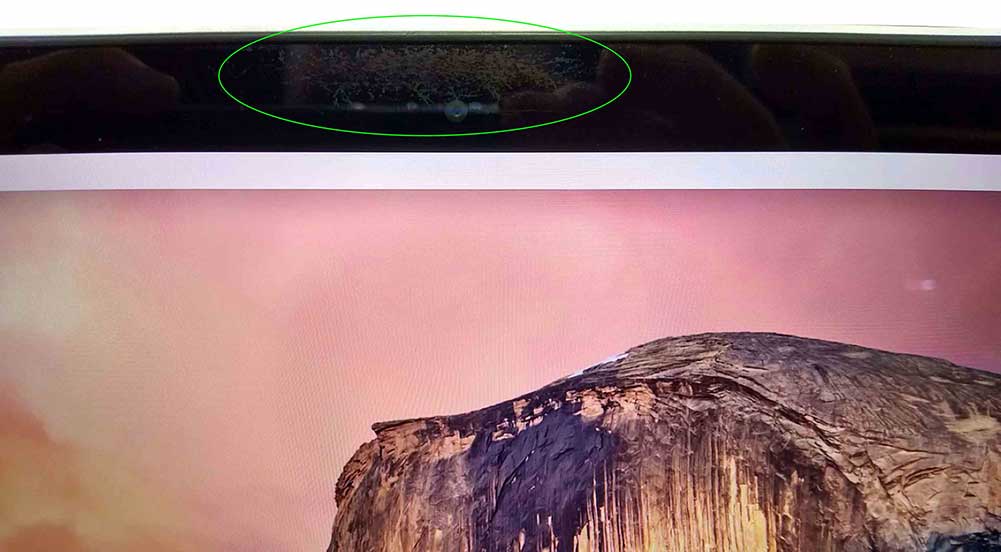 Once it arrives at our warehouse, each product passes full functionality tests. We evaluate the condition of the screen and the coverage, after which a decision is made in which category to be classified. One possibility is to rate the device as "revalued". In this way we offer it to customers with the corresponding shortcomings, but with a significantly reduced price, consistent with the defects. This only happens in cases where the performance of the laptop is not reduced. If there is a more serious peel on the display, the corresponding device is not available in our stores and online.

You can also see a detailed video review of our revalued Apple MacBook laptops.